Notting Hill is a small residential and commercial suburb 18 km south-east of Melbourne, between Mount Waverley and Clayton North. Its traditional centre is at the corner of Ferntree Gully Road and Gardiner Road. The area is more a plateau than a hill, and is the site of two local water storages. A settler, Thomas Wilkinson, is generally accepted as giving the area its name because of his association with Notting Hill in London. He was a carrier between Oakleigh and Ferntree Gully and in the late 1870s opened a refreshment stop at Notting Hill, 4 km from Oakleigh.

Ferntree Gully Road was the main thoroughfare between Mulgrave shire and Oakleigh, and Notting Hill attracted a relatively high density of farms. In 1920 there were dairy and poultry farms and market gardens, and the families agitated for a school which was finally opened in 1927 in Howleys Road. The school had an active Young Farmers' Club with livestock kept in the school grounds, and in 1937 was judged Victoria's best Young Farmers' Club. The Mulgrave Shire transferred its offices from Oakleigh to Notting Hill in 1920, where they remained until 1955 when the growing area of Glen Waverley was the site chosen for larger offices.

The Notting Hill hotel remains a prominent landmark. Nearly half of Notting Hill is occupied by industrial premises, a large drive-in hardware superstore and a business park. Monash University adjoins the southern boundary of Notting Hill and the Rusden Campus of Deakin University was in Blackburn Road. An early A.V. Jennings housing estate (late 1950s), is around Westerfield Drive, east of the Rusden Campus. The primary school was replaced by Monash primary school in the early 1970s. Monash high school opened in 1967.

The industrialisation of the west of Notting Hill saw the replacement of the sports reserve with a waste transfer station. The State primary and high schools closed in 2005 and 2006 and residents struggled to keep a small portion for public use.

Notting Hill's census populations have been:

At the 2011 census, residents who spoke Mandarin or Cantonese at home were 18.4% of the population. 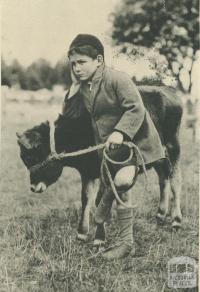