Seddon, a residential area between Footscray and Yarraville, is 6 km west of central Melbourne. It was named after Richard John Seddon who had been an employee at the Newport Railway workshops, a corporal in the Williamstown artillery and became Prime Minister of New Zealand from 1893 to 1906. He died in office after returning from Australia for discussions on reciprocal trade interests.

Seddon is situated between the early town surveys of Footscray (1848) and Yarraville (1859) and its settlement awaited expansion from those two areas. The railway line (1859) opened a station at Seddon in 1906. Only a few shops were built near the station, the local shopping area being in Victoria Street, south of the Middle Footscray railway station. The Victoria Street shopping strip includes the Macedonian Orthodox church, formerly a Congregational church. The Seddon croquet club was in the nearby Yarraville Gardens.

House prices in Seddon rose at much the same rate as in Yarraville during the late 1980s and the 1990s.

Seddon's census populations have been: 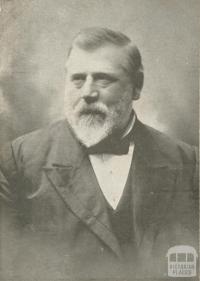