Situated 65 km from central Melbourne, in the Shire of Cardinia, Koo Wee Rup (Aboriginal for 'blackfish swimming'), takes its name from the fish which populated the area formerly known as 'The Great Swamp', an area of approximately 100,000 acres extending from Sawtell's Inlet in Western Port Bay to Bunyip in the north-east. The swamp, which initially formed a barrier to white settlement, was the site of one of the largest drainage schemes ever undertaken in Australia. 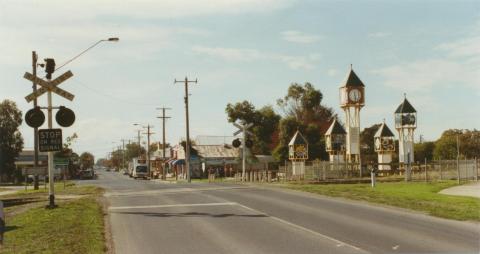