Bellbridge is a rural township dating from the early 1970s, situated on the eastern side of the Hume Reservoir near the Bethanga Bridge. The bridge takes traffic from Bellbridge across the reservoir to Albury, 10 km to the west.

Bellbridge was partly named after the property, Belmer, which was subdivided for the township, and the proximity of the bridge suggested the second part of the name. Originally it had been named Belmer Heights, a reference to the hills rising behind the reservoir’s shoreline, but Bellbridge was the named preferred by residents. 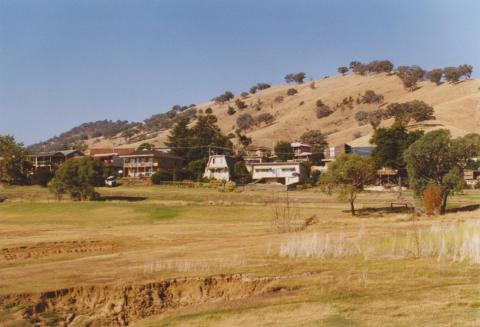