Branxholme, a small rural township in western Victoria, is on the Henty Highway, 23 km south-west of Hamilton.

The first white settlement in the area was in the form of pastoral runs occupied in about 1842. By then there was a rudimentary track from Portland to the area known as The Grange (later Hamilton) which had been settled in 1836. At the place where the track crossed the Arandoovong Creek a hotel ‘Travellers’ Rest’ was opened in 1843. 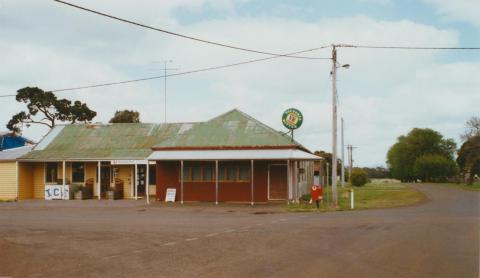