Ceres is a rural village on a summit of the Barrabool hills, 7 km west of central Geelong.

The fertile Barrabool hills were settled briefly in the late 1830s by pastoralists, but in 1840 the sale of farm blocks began. An Anglican school opened in 1845 just west of Merrawarp Road. As the district had no designated town, a private initiative put town lots on the market in 1850. The town was named Ceres, the name of the Roman goddess of agriculture, and is on Barrabool Road 2 km east of the Anglican school. 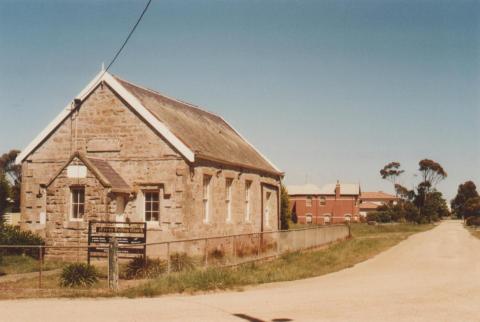