Colbinabbin is a rural district with a village in northern Victoria between Rushworth and Elmore, 140 km north of Melbourne.

Colbinabbin was one of four pastoral runs taken up by Edward Curr in 1844, and was watered by the Cornella Creek and Lake Cooper. Its named is thought to be derived from an Aboriginal word meaning dingo caught in a trap or describing grey and red soil types. (Mount Camel, to the south, has red volcanic soil).

Carting in the crop, Colbinabbin, 1911 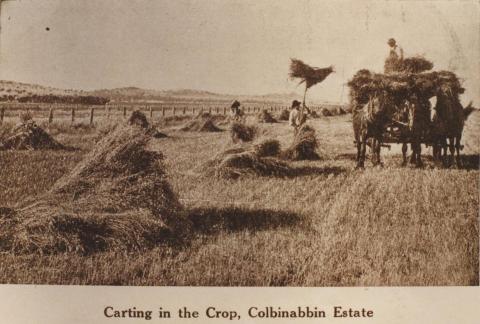 Carting in the crop, Colbinabbin Estate, 1911 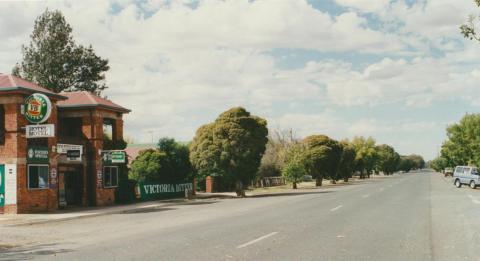