Eldorado is a picturesque township with a mixture of agriculture and extensive former mining works. It is on the Reedy Creek (also known as Reid’s Creek, Eldorado Creek and Woolshed Creek), and has hilly, forested country to its immediate north and east. It is 20 km east of Wangaratta in north-eastern Victoria.

The name originated not with the mining activity but with the Barambogie pastoral run taken up by William Baker in 1840-41. Baker renamed his Barambogie run Eldorado. 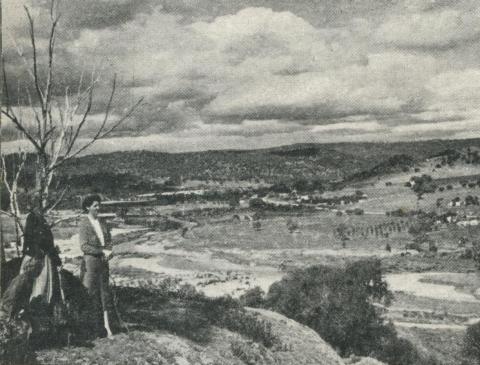