Vermont is a residential suburb 21 km east of central Melbourne, south of Mitcham and the Maroondah Highway and railway line via Ringwood. The name seems to have been bestowed either by derivation from Limerick County in Ireland or by the Government Botanist von Mueller who named the surrounding green hills Vermont.

The Vermont countryside was well timbered, providing employment for wood cutters in the 1850s. During the late 1850s land allotments of about 50 to 200 ha were offered to settlers. The first primary school in the district opened in Mt Pleasant, near the present Uniting church in Canterbury Road at the border between Forest Hill and Vermont. In 1872 a permanent school was functioning in Vermont proper, and the single room structure remained in use 100 years later.

Vermont was also known as L.L. Vale, after the model farm owned by Dr L.L. Smith, medico and parliamentarian. The name persisted for a while, despite the school being named Vermont: the post office was L.L. Vale from its opening in 1881 until 1885. By 1913 Vermont had a general store and post office, a school, an Anglican church, a mechanics' institute and a public hall. It was described as a prosperous fruit-growing district. The area's relative remoteness from land-subdivision activity kept it a mainly rural area with local organisations such as the football club, scouts and a horticultural society (1937). Its population in 1933 was 711 when described in the Victorian municipal directory:

There was also a progress association which was involved with a bus service to the Mitcham Railway station (1923). In 1925 Wunderlich Tiles started a clay pit in Mitcham Road, north of Canterbury Road. The tile-making complex was very active after World War II and the site is heritage-listed as the largest and most intact pre-war tile works in Victoria.

Notwithstanding the progress association's efforts, the urbanisation of Vermont did not come until the 1950s. The school was enlarged in 1954 and again in 1957 and 1960. A high school was opened in 1962.

The original centre of Vermont was at the Canterbury, Mitcham and Boronia Roads intersection, where a small shopping centre continues. A larger drive-in centre, Brentwood, is situated on the border with Forest Hill to the west. The linear Bellbird Dell Reserve runs southwards from the cross roads into Vermont South, and at the extreme east another reserve runs beside the Dandenong Creek. Vermont and Vermont South are separated by the proposed Healesville Freeway reservation. Vermont has two Catholic primary schools (1962, 1970) and had Eastmont State primary (1964-c1997) on its eastern boundary.

Vermont’s census populations have been: 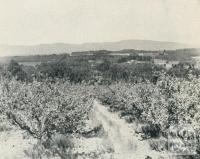 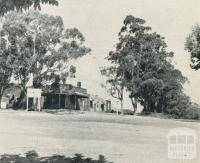 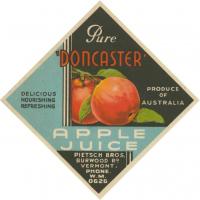