Wangaratta Shire (1867-1994) was proclaimed on 17 September 1867, its area being based on a road district which had existed for four years. It was named the North Ovens shire, which was appropriate because the shire was almost completely north of the Wangaratta borough and it was bisected by the Ovens River. The change of name from North Ovens to Wangaratta occurred on 22 November 1916.

Apart from severances and additions between the shire, Benalla shire and Wangaratta city, the Wangaratta shire's boundaries were fairly stable. The shire at no time had any particularly large town. Eldorado, a mining and agricultural township in the south-east had over 1500 persons in 1871 but fewer than 250 twenty years later. The other towns and villages included Boorhaman, Everton, Springhurst and Tarrawingee. The shire offices were in Wangaratta. The Killawarra district is north-east of Wangaratta. In 1946 the shire was described in the Australian blue book: 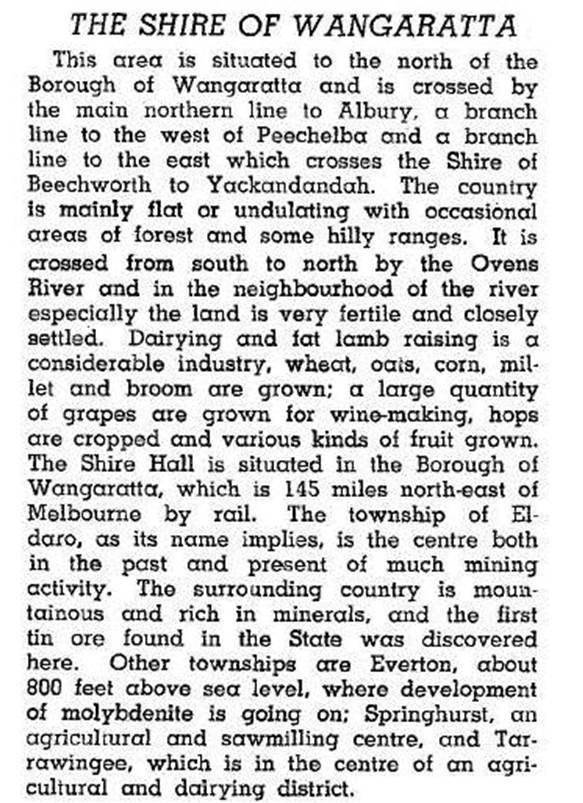 On 18 November 1994, Wangaratta shire was united with Wangaratta city and parts of three other shires to form Milawa shire, later Wangaratta Rural City. 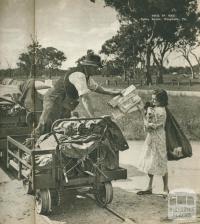 The Ovens River, taken from the Major Mitchell Bridge, 1960