Waverley City (1961-94) was a municipality south-east of Melbourne between Oakleigh and Scoresby. It came into being on 14 April 1961, and ceased on 15 December 1994, when it was amalgamated with most of Oakleigh city to form Monash city. It had an area of 61 sq km, extending west-east from Warrigal Road to Dandenong Creek and north-south from Highbury Road to Police Road, Springvale.

The name came from a privately surveyed township (1853) at the south-east corner of High Street Road and Stephensons Road, named by its owner after Sir Walter Scott's Waverley novels. Although the township was not successfully settled the name was used when Glen Waverley and Mount Waverley were named.

When Waverley City was created from Mulgrave shire in 1961, postwar residential growth was occurring rapidly in its western sector and along the railway line to Glen Waverley. The change from shire to city status signalled its change from rural to urban. Apart from the railway line the area relies on car based transport. Shopping centres are drive-in, and the Mulgrave Freeway, linked to the South Eastern Freeway, bisects the former municipality.

Waverley's housing was predominantly of brick on generous allotments, a product of the prosperous postwar years which extended to the 1970s. It attracted middle class families whose children required a rapid school building programme. By the 1990s the municipality had 34 primary, 14 secondary schools, and the Rusden campus of Deakin University, but that period saw an onset of population change. In 1993 Waverley city had one of Victoria's fastest declining populations as children moved out of home and households became ‘empty nesters’. Waverley's western sector was completing its first cycle of urban settlement.

Susan Priestley, Cattlemen to commuters: a history of the Mulgrave District 1839-1951 - now the City of Waverley, John Ferguson, 1979 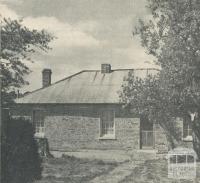