The shire’s coastal boundary is part of the Ninety Mile Beach and extends from Port Albert to Loch Sport which is on Lake Victoria, east of Lake Wellington. Its northern limit is in the Alps, 25 km beyond Dargo. Over a third of the shire is State or National forest, extending from Lake Glenmaggie and Briagolong to the northern border. South of Lake Glenmaggie there are grazing lands and crop farms, some irrigated. Maffra has district dairy factories.

The shire’s administrative centre, Sale, is on the Princes Highway and the Gippsland railway. At the 2011 census, it had 34% of the shire’s population.

The South Gippsland Highway enters the shire at its south-west, near the coast, and passes through Yarram and turns north to end at Sale. Most of the southern landscape is undulating to flat, with wetlands towards the Gippsland lakes north-west of Yarram, however, there is hilly, wet forest country which continues to provide millable timber and has the Tarra Bulga National Park (original reserve 1904). The park is on the Grand Ridge Road which traverses the Strzelecki Ranges.

On the coast there are Port Albert (an important Gippsland entry point until the 1880s), Seaspray, Golden Beach and Loch Sport (behind Lake Reeve). The last two towns arose as land subdivision ventures in the 1950s to 1960s, and some blocks are problematical in the event of rising sea levels. The shire’s important cluster of population, in addition to Sale, is on the Princes Highway and its north: Rosedale, Maffra, Heyfield, Stratford and Briagolong.

Wellington shire’s census populations have been:

At the 2011 census, dairy farming accounted for 6.1% of total employment and other farming 3.1%, and education and hospitals accounted for 10.9%. 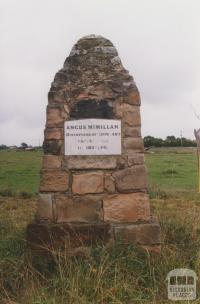