Antwerp is a rural locality in the Wimmera region, north-west Victoria, 17 km north of Dimboola and 50 km north-west of Horsham. It was named after the Antwerp pastoral run which was occupied by Horatio Ellerman in 1846. It is thought that Ellerman was born in Antwerp, Belgium.

Apart from pastoral occupation, the first white settlement was Moravian missionaries who established the Ebenezer Aboriginal mission station, about four kilometres south-west of present-day Antwerp, in 1859. Both are on the Wimmera River. The Antwerp homestead was immediately north of present-day Antwerp.

A mission school was established in 1859 and teaching was taken over by government staff in 1891. White children also attended. The mission was discontinued in 1902 and the school closed the following year. In 1903 Antwerp was described in the Australian handbook:

As missions went, Ebenezer was relatively successful, becoming self-sufficient in food production. A descendant of one of the mission's Aboriginal families, the Peppers, is recorded as stating that but for the missionaries there would not be so many Aborigines walking around today. The mission's Norman-style church (1860) and several outbuildings are listed on the Australian and Victorian historic buildings registers.

In 1894 the railway was extended northwards from Dimboola, through Antwerp, and closer settlement soon followed. A school was opened in 1897, which was also used for Anglican and Wesleyan services. The district was strongly Lutheran, and the Lutheran church was at Arkona, a few kilometres south. The church had a day school until 1958. Church members have maintained the Ebenezer mission site.

Antwerp has a public hall, silos and an oval. The school closed in 1981. The Antwerp Rowing Regatta is a distant memory.

Antwerp's census populations have been: 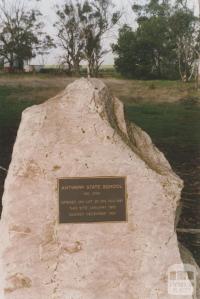 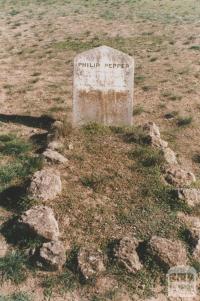