Eynesbury is a partly developed suburb 36 km west of central Melbourne. It is in Melton shire, on the Werribee River in an entirely rural setting about equidistant from the Melton and Werribee urban growth area.

The suburb is named after the Eynesbury pastoral estate, one of four estates belonging to the Staughton family. They were descended from Simon Staughton (1797-1863) who amassed the original 100,000 acre Exford estate. Staughton was born at or lived in Eynesbury, about 18 km north-east of Bedford, England.

Eynesbury was given to Samuel Staughton who built Eynesbury homestead (1875). Numerous farm buildings and a fine garden were added; later additions include two Myer prefabricated houses (c1947), rare survivors from a solution to postwar housing shortages. These were constructed by the Baillieu family who acquired the estate in 1947.

The estate was farmed until 2000 when an application was made to insert a 1350 ha urban component on the 7415 ha estate. The justification was the need to find an additional income flow to support the agricultural use in an era of declining farm profits. There were a number of attractive features: full restoration of the heritage-listed homestead, walking trails among restored farm buildings, a rare grey-box forest remnant of about 290 ha, large-volume use of waste water from the Surbiton Park treatment plant (1979) across the Werribee River from Eynesbury, a golf course and a discovery centre. There are 2900 home sites and by March 2012 there were 364 occupied houses. Its census population was: 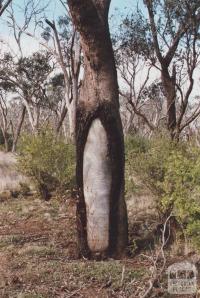 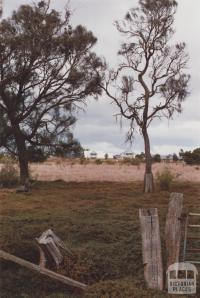