Southern Grampians shire (1994) is situated generally about 250 km west of Melbourne. The name is descriptive of the location, that is, most of the Grampians Range and the undulating plain to their south and west. Much of the area contains some of the best grazing land of Victoria’s Western District. The shire was formed on 23 September 1994 by the union of Hamilton city, Wannon shire, most of Dundas and Mount Rouse shires and small parts of Kowree and Heywood shires.

Hamilton is the shire’s administrative centre. It held 55% of the shire’s population in 2006 and 62% in 2011. Other towns include Cavendish, Coleraine, Dunkeld and Penshurst, and Balmoral in the north-west of the shire near the Rocklands Reservoir. The reservoir is fed by the western Grampians range and is a major supplier of water to the Wimmera and Mallee regions.

The shire’s main traffic routes converge on Hamilton. They comprise the Glenelg, Hamilton and Henty Highways and the Ararat to Portland railway line. Lines to Coleraine, Balmoral and Penshurst were closed during 1977-79.

East of Coleraine and west of Cavendish lies the Bulart farming district which registered a population of 191 in the 2011 census.

The district’s Protestant heritage continued to be reflected in the 2011 census: 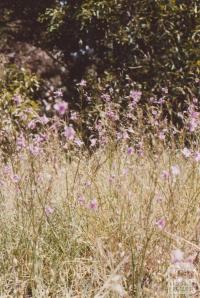