In 1946 the Melbourne and Metropolitan Board of Works approved the site for a new dam for Melbourne’s domestic water. It was at the confluence of Walsh’s Creek and the Yarra River, 20 km east of Warburton. The location was known as McVeigh’s, after McVeigh’s Upper Yarra Hotel on the Warburton-Woods Point Road.

A new road was constructed from Warburton to bring plant and materials to the dam site, and site preparation began in 1949. The workforce was to be accommodated on site and domestic quarters were built for single men, families and staff/management. There were also kitchens, laundry facilities, mess areas, canteen, recreation hall and a co-op store. One of the first houses was seconded for McVeigh’s school (1950) renamed Upper Yarra Dam school when a proper building was constructed in 1951. There were sports teams, a Country Women’s Association branch, Scouts and Guides. The school’s maximum enrolment of 102 was in 1956.

The dam was opened in 1957, with a surface of 1830 acres supplied by a catchment of 81,060 acres. House removals began the year the dam was opened, but the mess hall was kept for day trippers to the dam. In 1964 the school closed. Upper Yarra Dam’s census population in 1954 was: 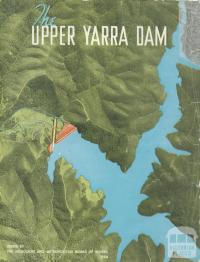 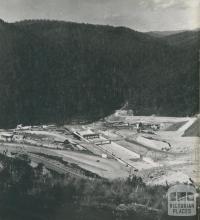 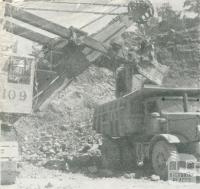 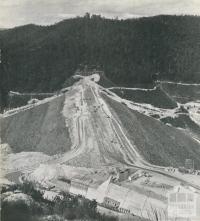 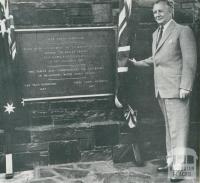 Opening of the Upper Yarra Reservoir, 1958

The Upper Yarra Project (in blue) and the existing water supply system of Melbourne (in black), Upper Yarra Dam, 1954 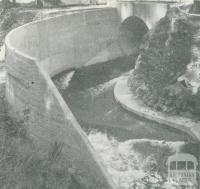 Diversion tunnel during the construction of the dam, Upper Yarra Dam, 1954 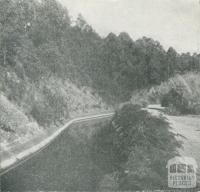 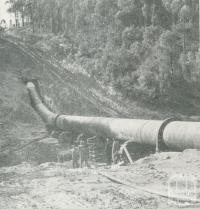